I was gifted a new scarf and set of gloves over the holidays – both in a matching green.  Which, of course, prompted me into crochet a complementary hat.  I went through my crochet pattern books looking for the simplest hat pattern available which led me to the chevron hat pattern in The New Crochet.  Examining the pattern I decided to use it, but instead of crocheting it in a single rectangular panel as in the book I decided to crochet it in the round.  It did not turn out horribly, but it was not perfect either – part of the price of home crafting.  It doesn’t help that I have a large head and plenty of hair.  At least it will keep my head warm, which is more then I can say about those wired bun hats that seem to be trending lately.  What is the point of a hat with a large hole in it?  You may as well wear a headband.  It would achieve the same overall effect and you would look a lot less stupid – trust me.  I think the key to a proper bun hat is to have a hole proportionate to your hair so that your hair covers the hole and maintains the warmth, but I have yet to see a bun hat that is not a gapping hole with a small clump of hair sticking out… once again… stupid… probably just as stupid as my love for pom-poms… I blame the pom-pom maker…toooo much funnnnnn……….

Oooooh…. I should make a bun hat with a pom-pom corded tie!  Then I could use the cord to cinch the hole around my hair bun… yeah, that might just work… stupidly creative thinking in progress – I’ll let you know if I come up with anything….

Make a chain of ~71 ch (increase or decrease the hat size in multiples of 10 to fit the desired head). Sl st the chain ends together. 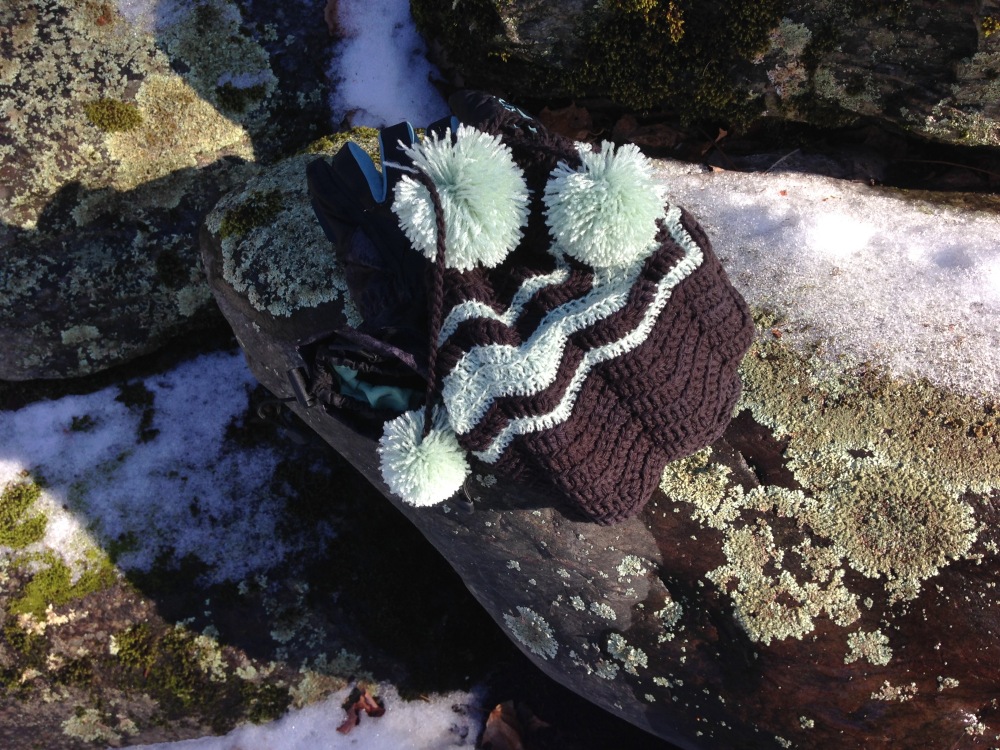