These rosemary sourdough boules are my first baking project made with my new batch of sourdough starter – not to shabby.  I made my bread dough at the beginning of last week, but I did not get around to actually baking it until the end of the week.  The timing gap was not intentional.  I had planned to bake it that next day, to just overnight it in the refrigerator, but then one night turned into two, and before I knew it it was the end of the week and my bread dough was still sitting in the back of the fridge.  Thankfully, the yeast turned out to be rather forgiving, and leaving the dough out for a few hour to return it to room temperature was enough to, miraculously, give my yeast a new lease on life.  In fact, the whole process seemed to  work to my favor, and the week spent hibernating in the back of my fridge served to enrich and heighten the sourdough and rosemary flavors.  This was particularly important, seeing as my sourdough starter is still in its infancy, and has yet to develop the deeper sourdough flavors that come with aging. 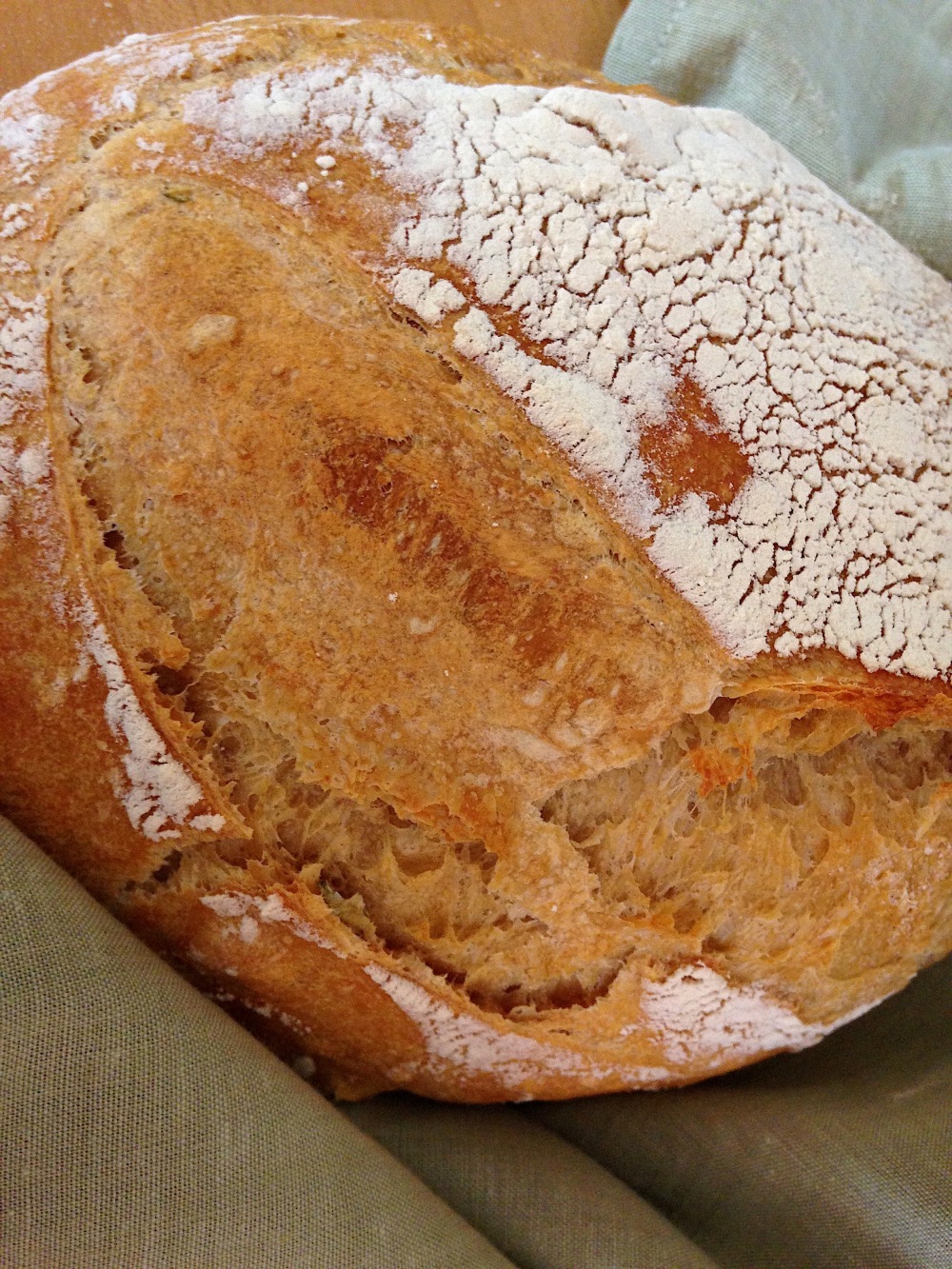 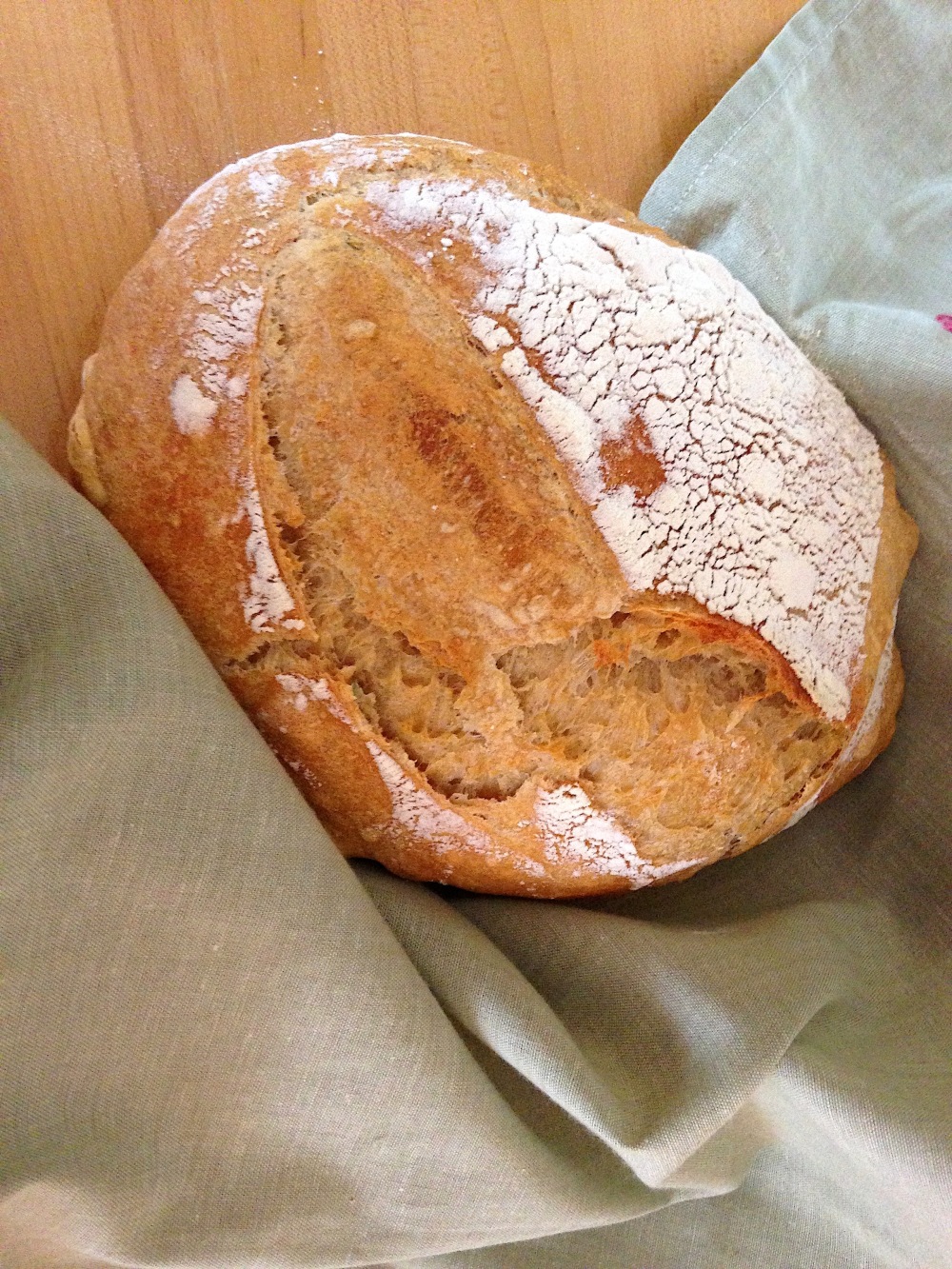