I baked 6 dozen cinnamon rolls for a catering order last week, which, I am proud to say, turned out fine.  I’ve baked dozens of cinnamon rolls throughout the years, and have had my fair share of cinnamon roll learning experiences (i.e. flops) and successes.  It comes with a long sigh of relief that I was able to uniformly produce 72 cinnamon rolls in a timely fashion without too much fuss.  I can do it.  I have it in me.  But there is always that niggling what if? 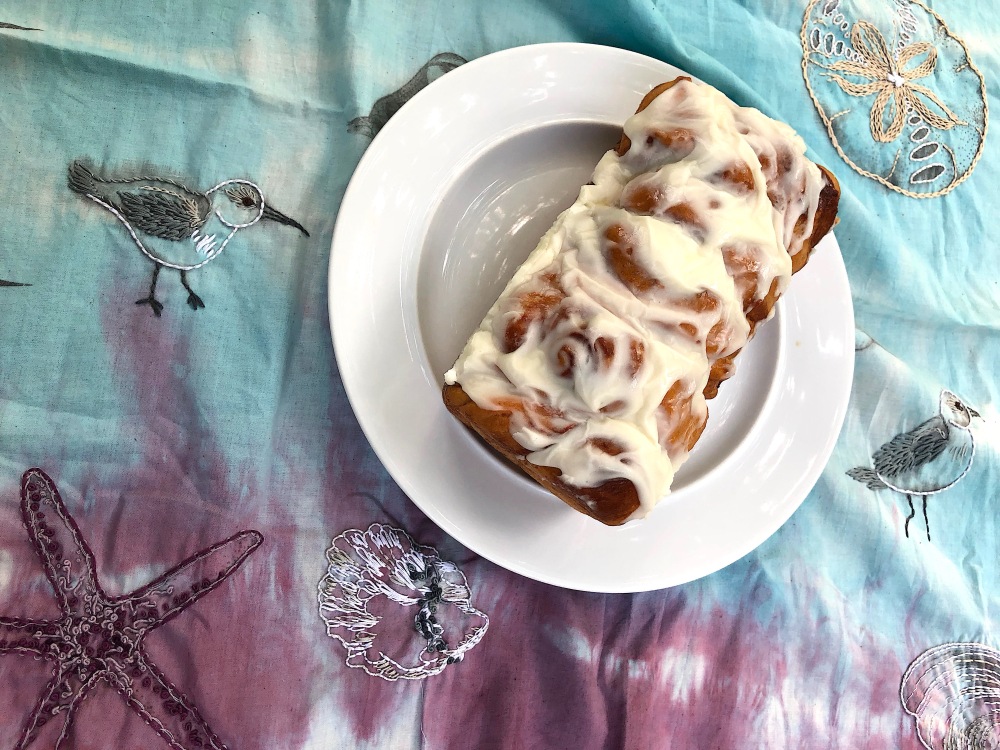 What if the yeast, that I bought only a few days ago, refuses to rise?or on the flip side, what if the yeast rises to fast?  What if I overproof them? What if the dough escapes it’s container (that did happened this time, and I had to divid the dough up into a few more containers and cleverly wedge them into the refrigerator so that if they did exceed their containers the lids would stay firmly put.  Refrigerator Jenga? Anyone?)? What if the oven runs out of gas (that’s only happened once before, but once is enough to make it a viable “what if” in my mind)?  What if they burn?  What if I run out of flour?!….  I totally ran out of flour.  This, of course, happened when my yeasted dough was almost fully mixed, and when popping down to the store for twenty minutes may have drastically changed it’s consistency.  I was able to dig out an old box of cake flour, and judged that using cake flour was the lesser of the two evils.

All in all though, they turned out fine.  In fact, according to the client, they were better than fine.  People loved them. 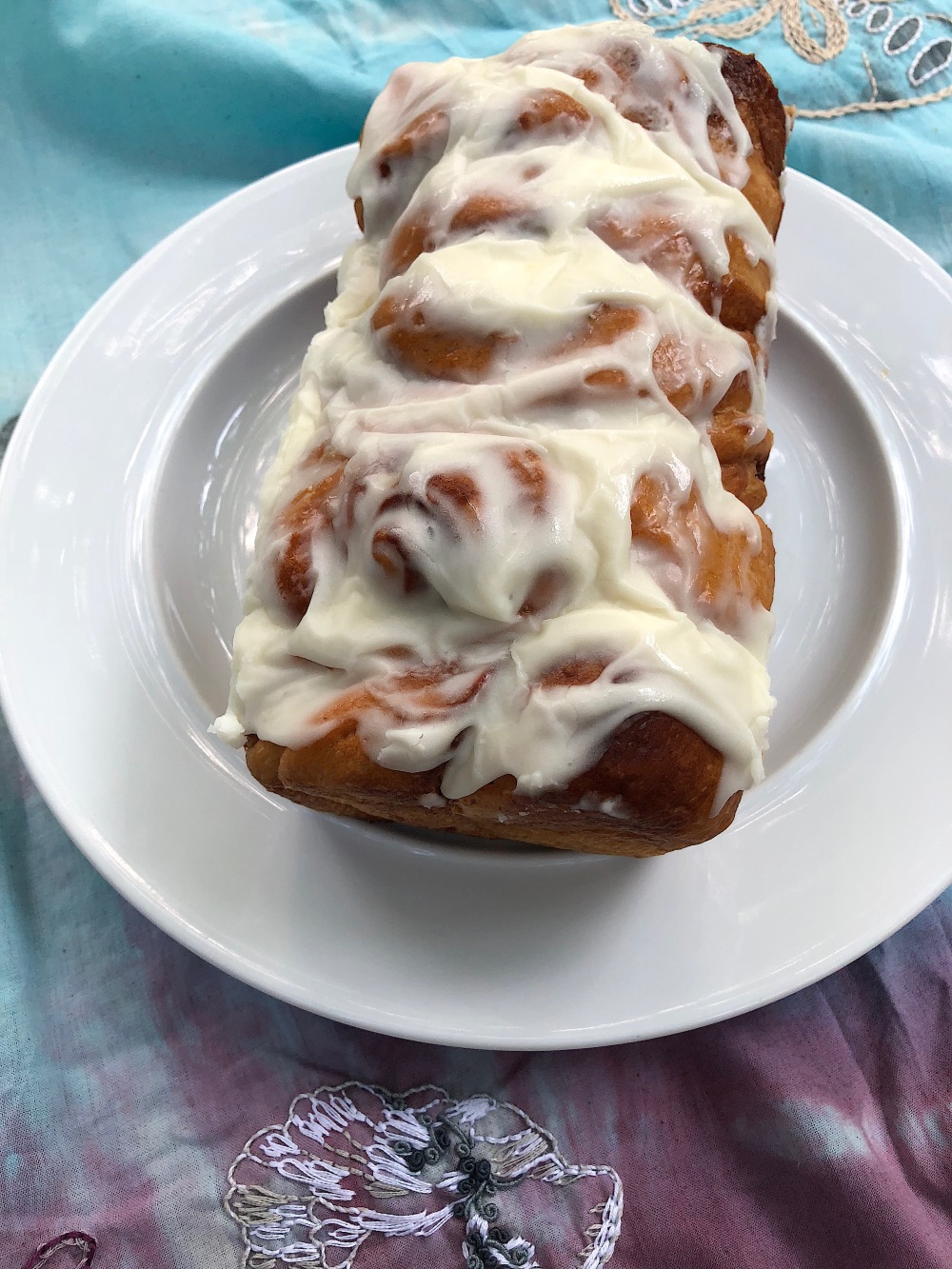 Now back to the actual reason for this post – Cinnamon Roll End Bread.  When I was formulating my game plan for this project, I decided not to include the ends of the cinnamon roll logs as part of the original 72 rolls because no one, and I mean no one, wants to be gypped out of buttery, cinnamon-sugar filling.  Then came the problem of what to do with all that remaining dough.  Well… why not just throw it into a greased loaf pan and bake it?  How easy would that be?  And so materialized this post – which is not exactly a recipe, purely circumstantial, not likely to be part of my regular baking repertoire, but still lovely enough to be worth sharing on the off chance that anyone else decides to bake up 6 dozen endless cinnamon rolls.

I also noticed that my old cinnamon roll recipe does not include a recipe for the cream-cheese icing I use on my rolls.  I’ve decided to include that below.  I iced my Cinnamon Roll End Bread to match my rolls.